In Keith’s Own Words

A graduate from the University of Reading, I started my career in R+D as a material scientist for Metal Box. After a few years, I moved into a customer-facing commercial role selling speciality food ingredient for a division of Nestle. I spent the next 7 years in sales and led a small team driving growth with major clients such as Unilever, Heinz and Pepsico. I followed this with an international sales position in Switzerland where I started to develop my team leadership credentials in a multicultural setting, initially working in matrix teams and then moving on to lead multi-site teams across Europe. After a further 7 years, I became the marketing director EAME, responsible for defining and implementing strategies for growth in existing and new markets which also involved working on strategic acquisitions and partnerships.

I became known for developing high performing teams and was a target mentor for aspirational talent within the organisation for many years. I spent 15 years, in this highly challenging and dynamic role before electing to move on to something new, working in a consultative capacity on a range of projects in and around the food industry.

Over my career spanning almost 30 years, I have had the pleasure to work with some amazing individuals in a fast-moving and ever-changing industry and it confirmed to me that people really are a company’s greatest asset. Talent with the right support and nurturing can lead to great teams, regardless of nationality and culture and such teams can be a catalyst to bring about sustained organisational change.

About Keith’s Role at TiB

Keith has a sales and marketing background having spent almost 30 years, working in the food and chemicals industry in a number of senior roles for major international companies such as Nestle and Givaudan. He spent the last 15 years working as the Marketing Director, Europe, Africa and the Middle East managing international teams responsible for defining and executing a strategy to drive market share and profitable growth across the region.

He is passionate about people and building great teams. He believes that through empowerment and nurturing talent you can bring about real and lasting change, turning groups into high performing teams. People are a company’s biggest asset and with the right support and training, you can unlock that potential to power organisational growth. 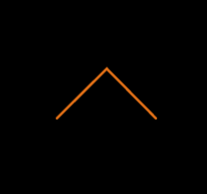